In October 2012, the crew returned to complete the second phase of the project where Tropical Storm Irene washed out a 44 foot long bridge over the West Branch of the Mad River in August of 2011. Instead of rebuilding another bridge in this volatile location, we placed large boulder stepping stones across the waterway and built rock steps on each bank of the river. 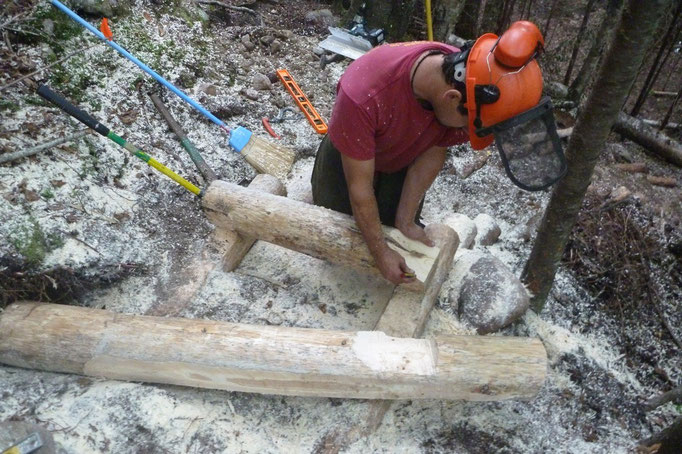 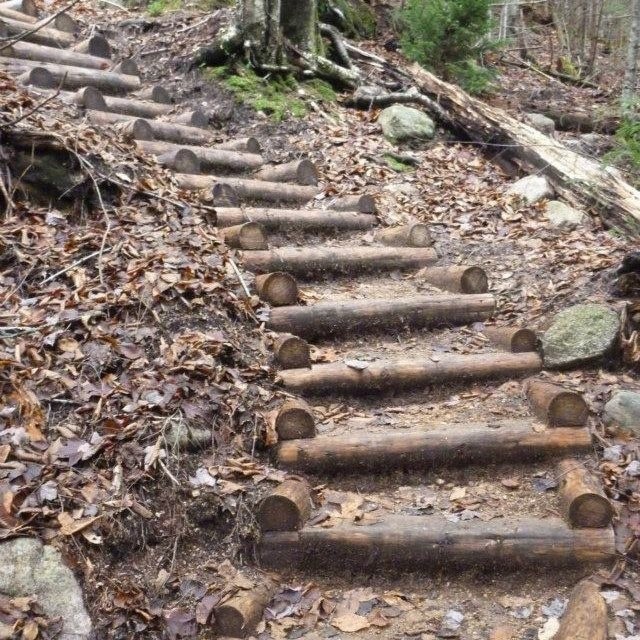 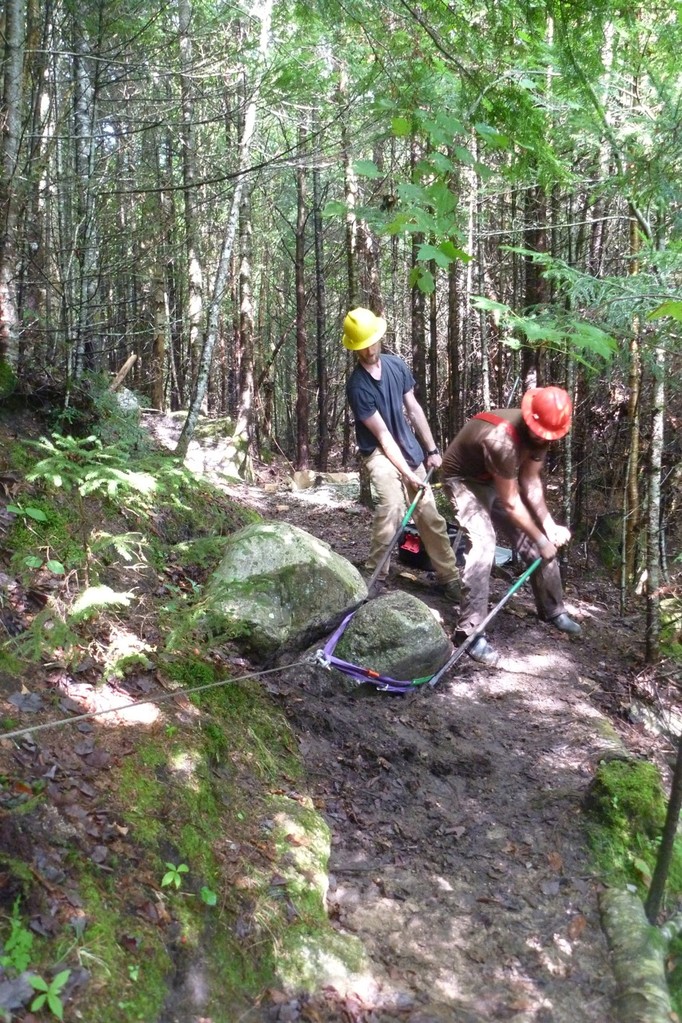 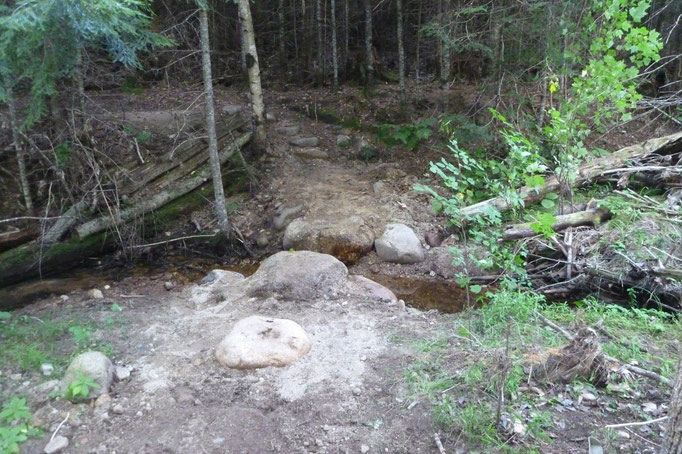 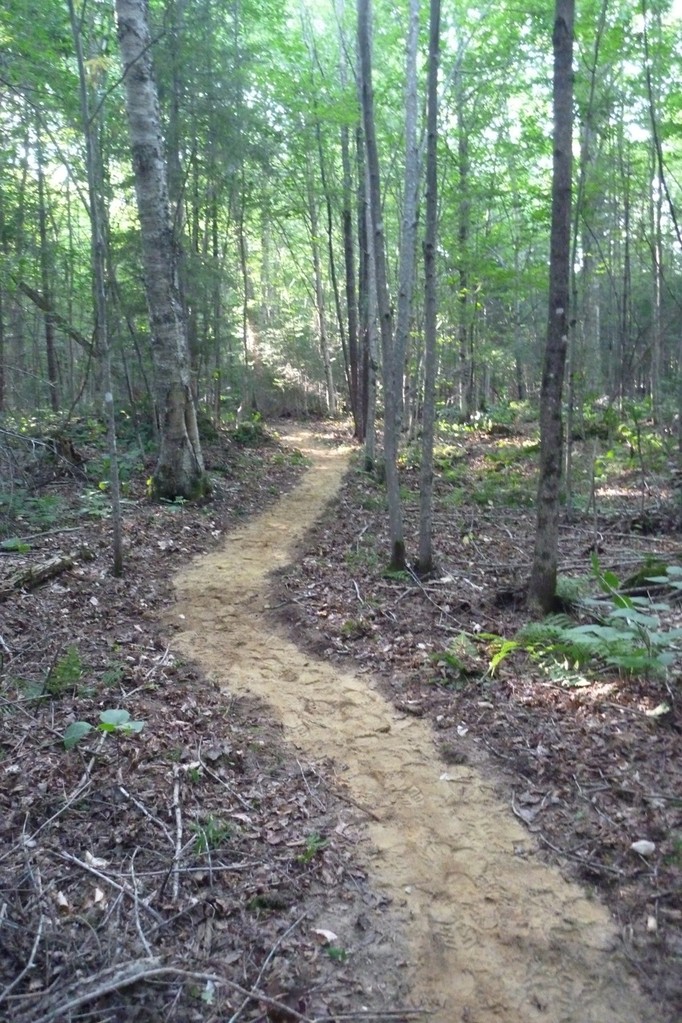 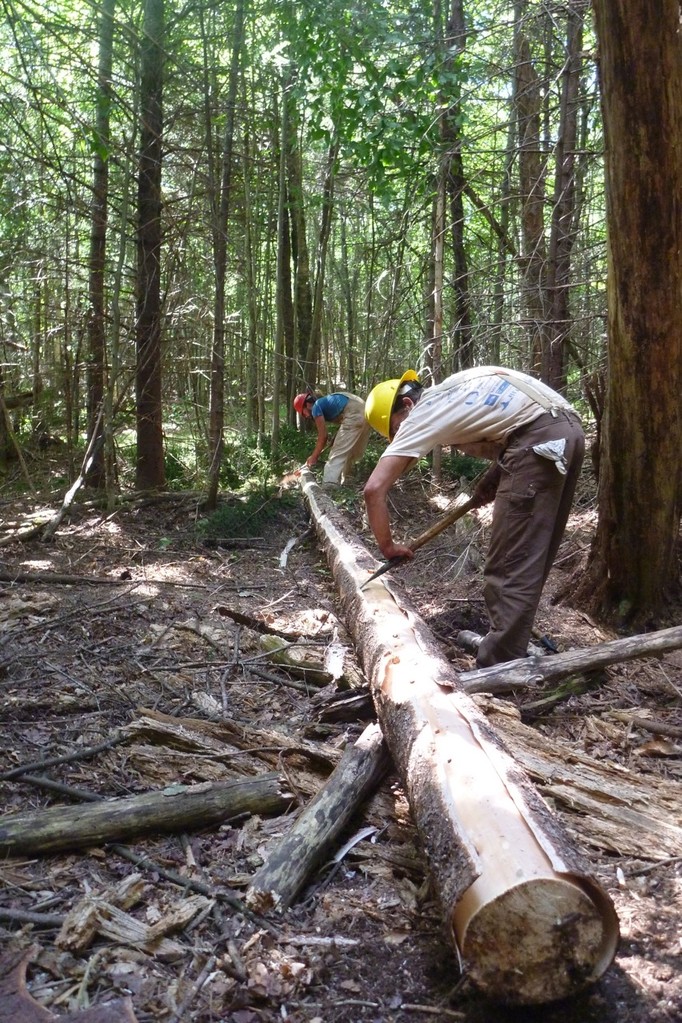 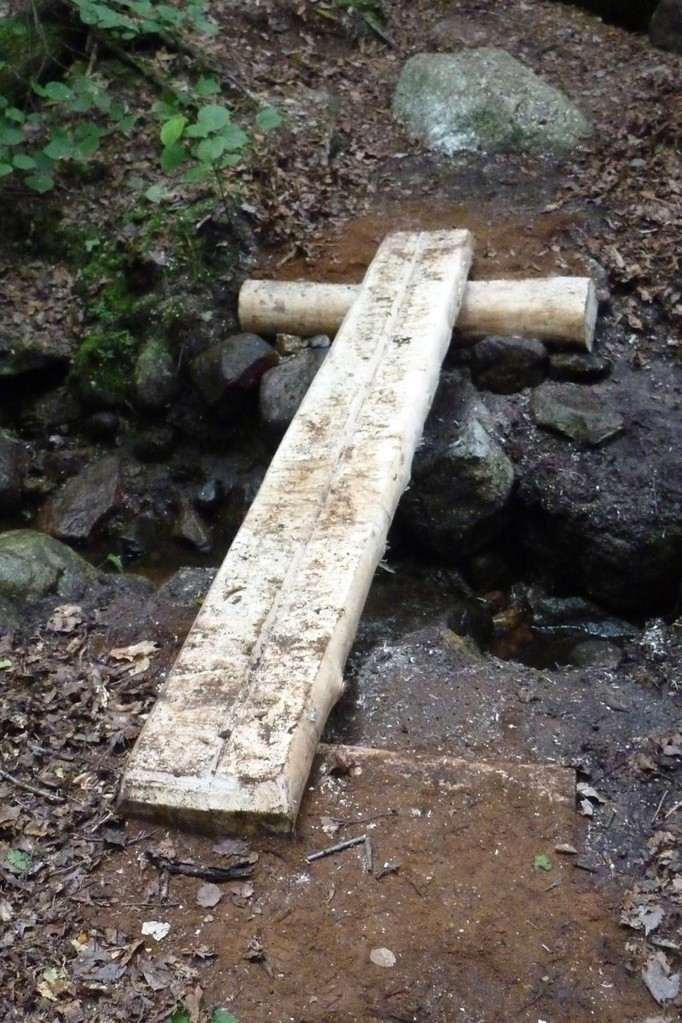 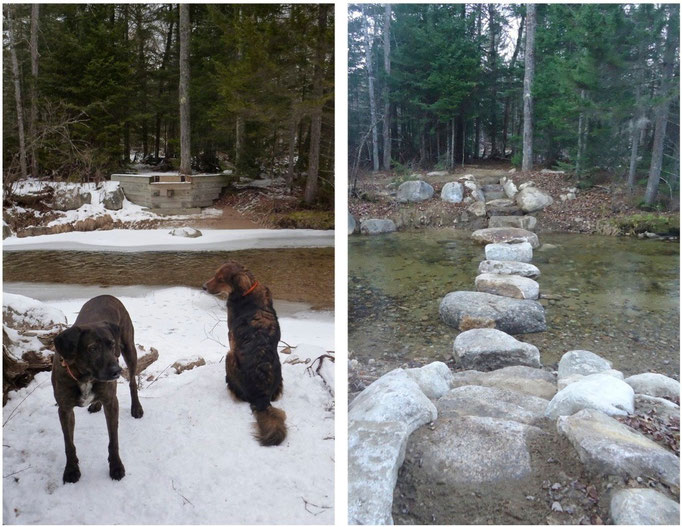 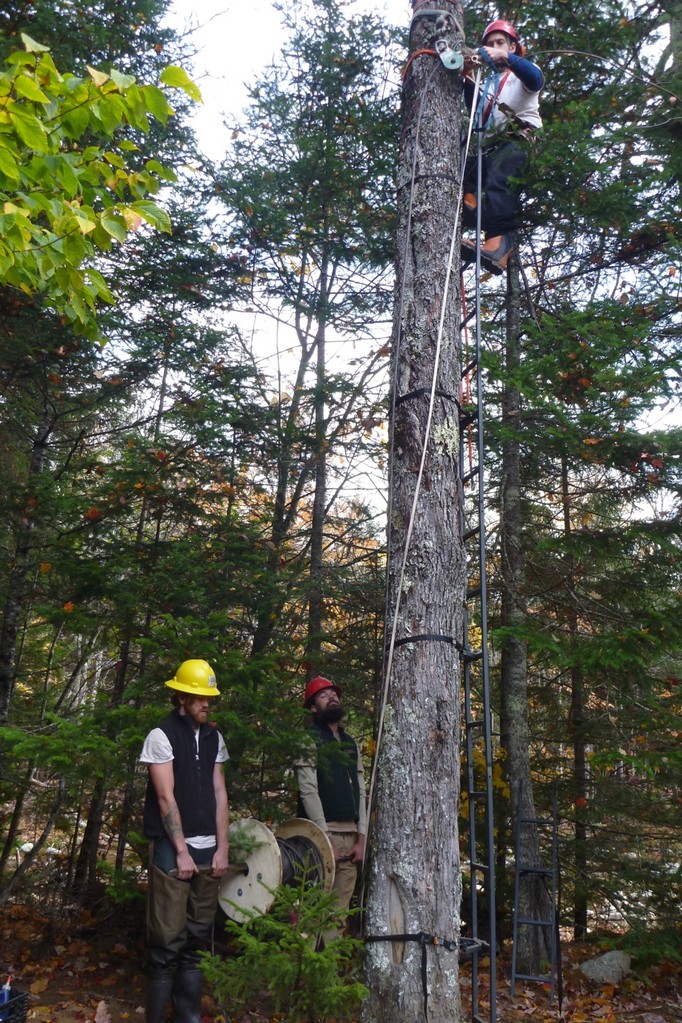 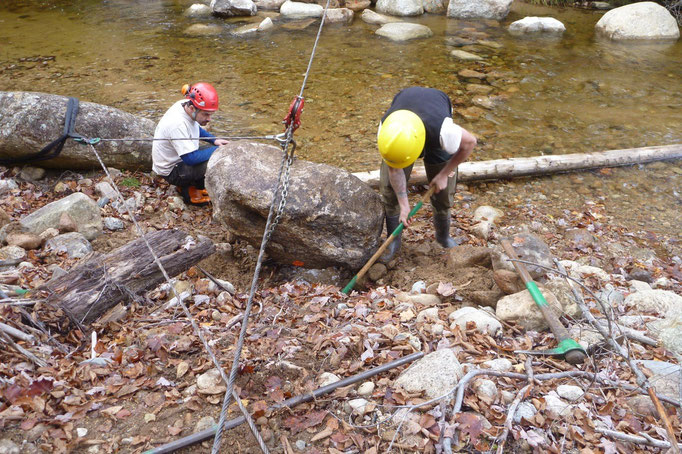 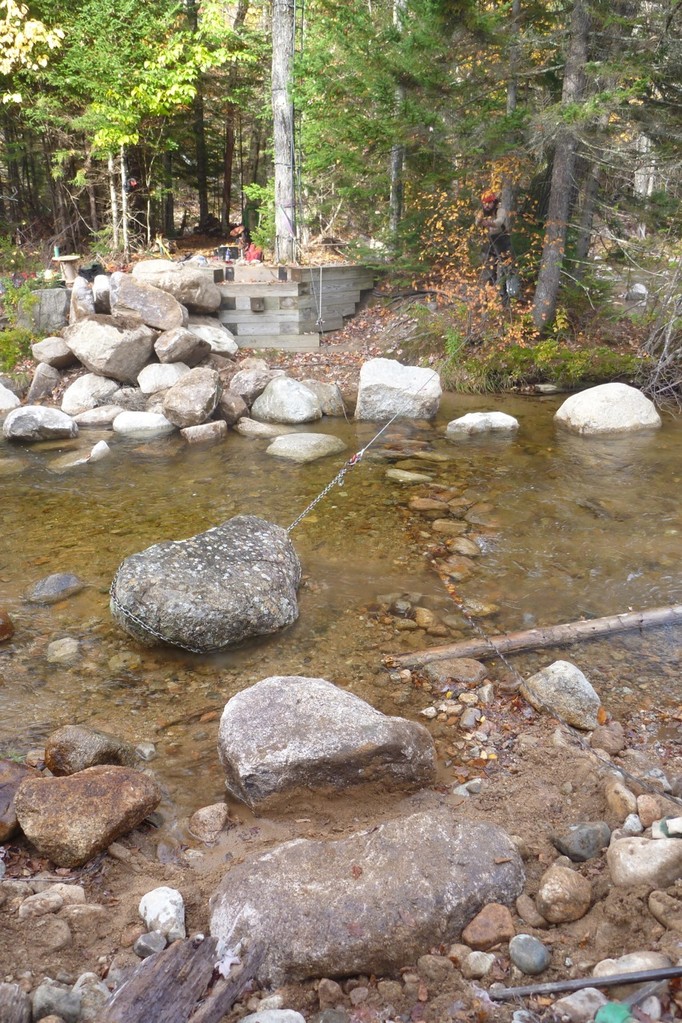 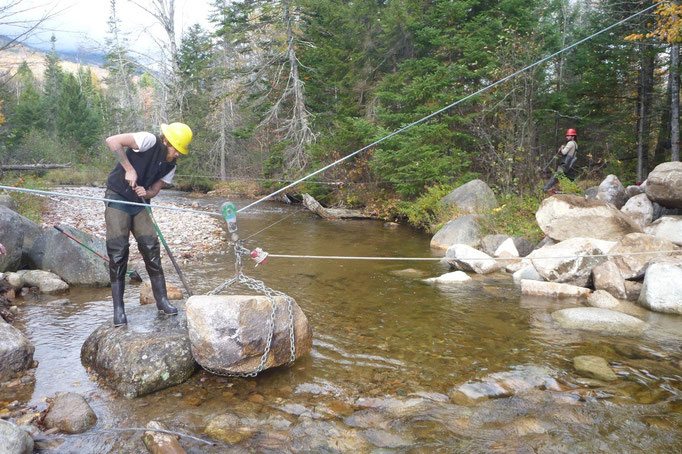 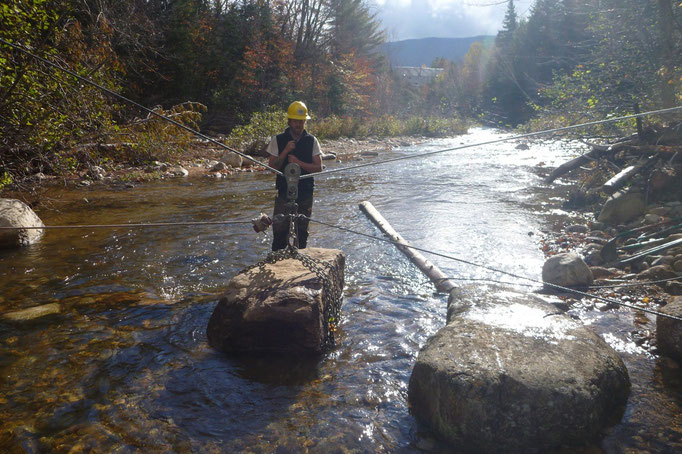 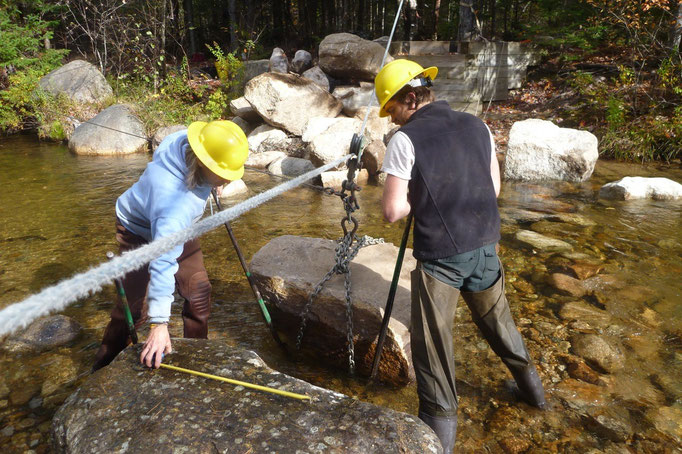 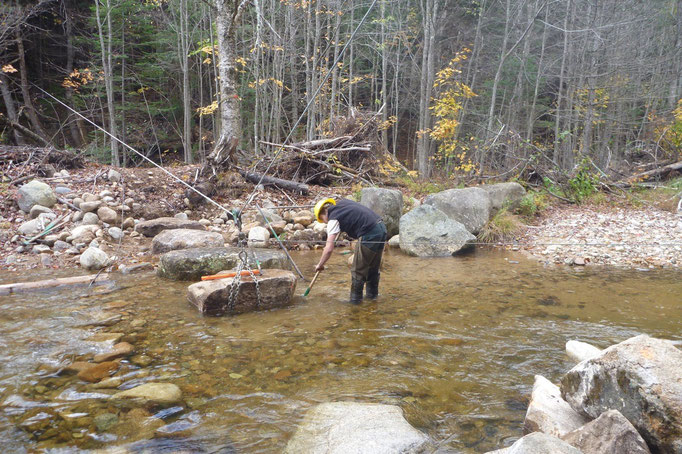 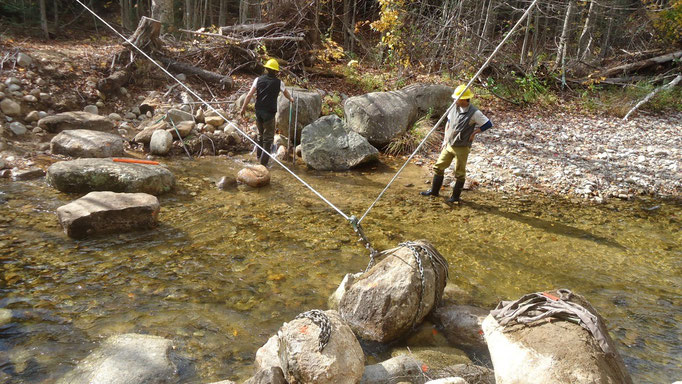 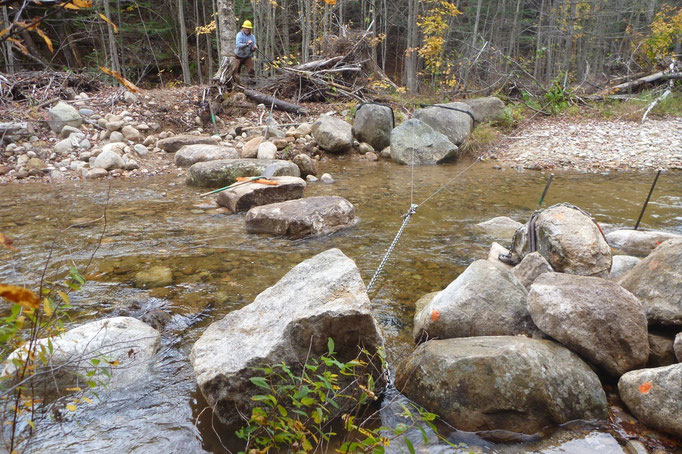 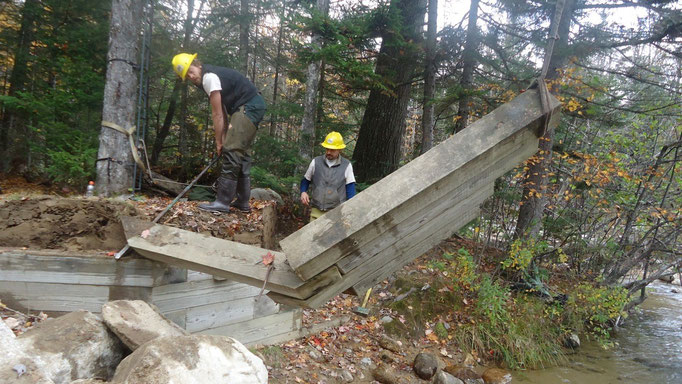 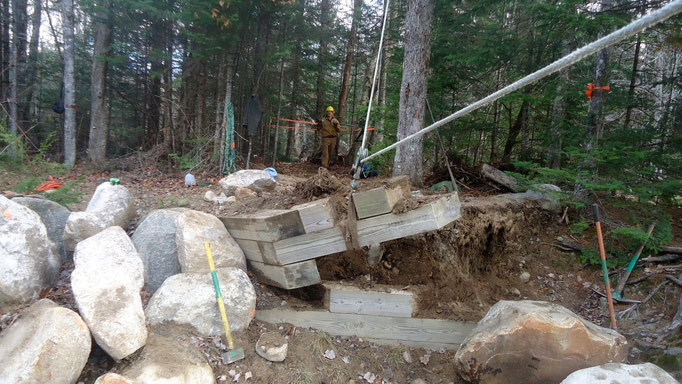 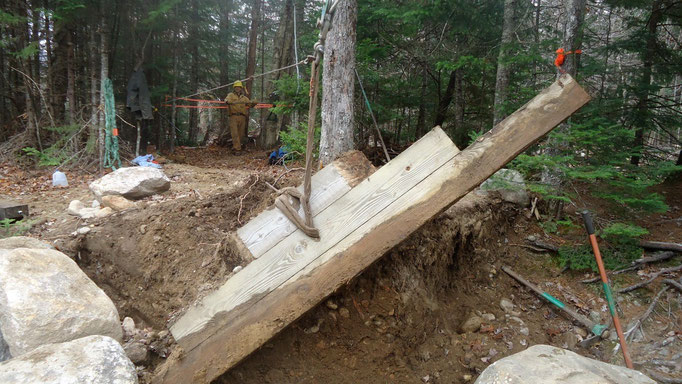 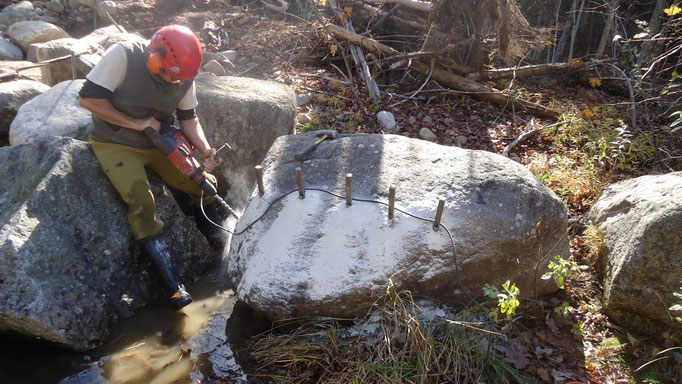 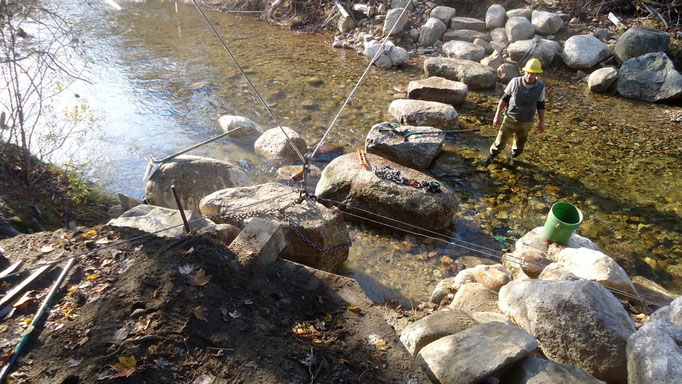 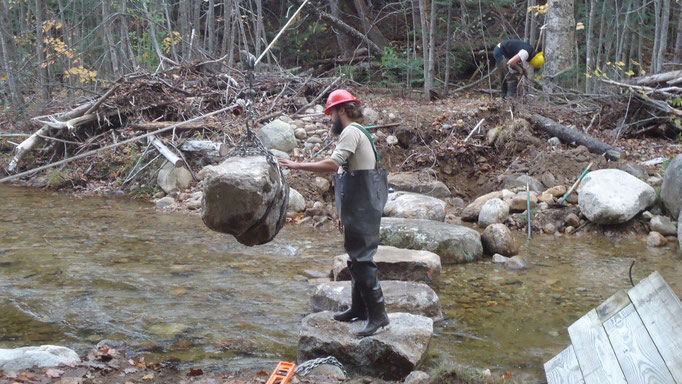 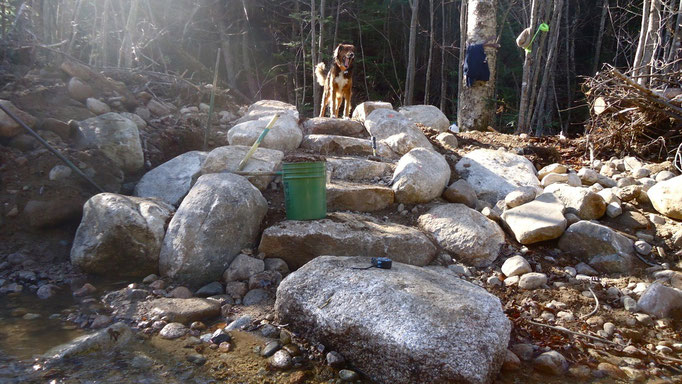 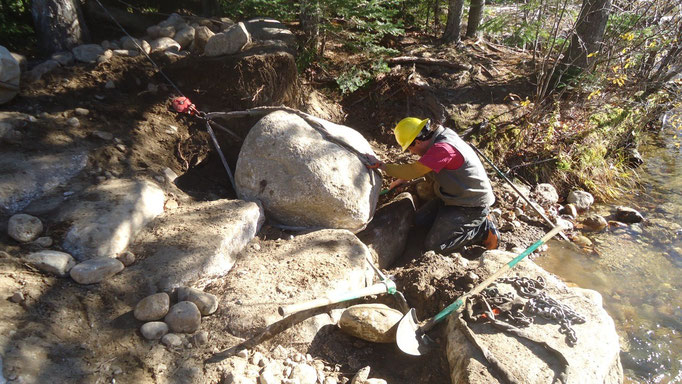 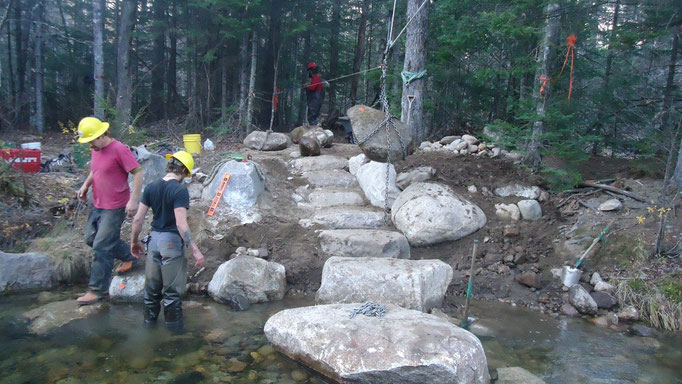 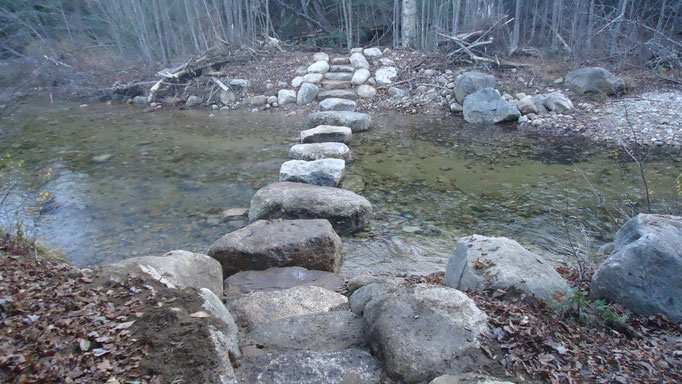 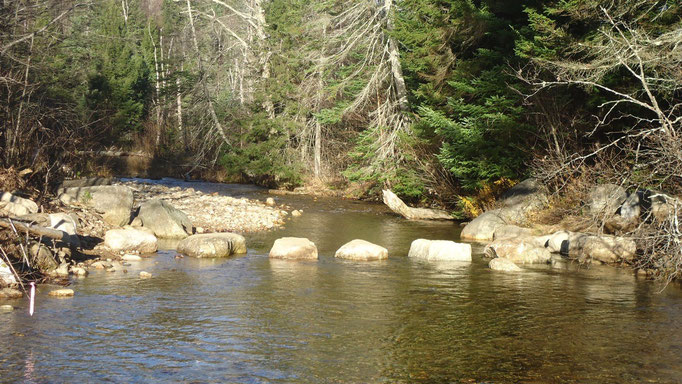 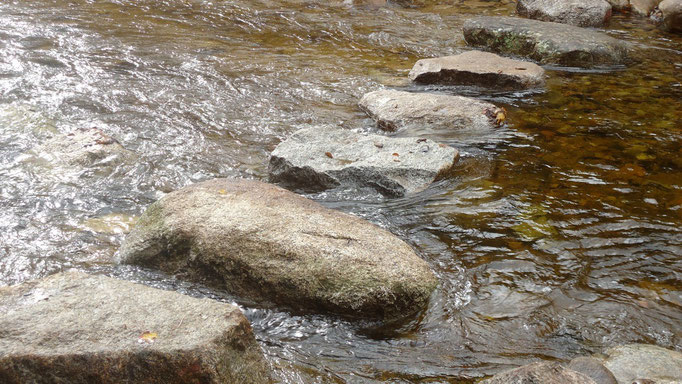